New Use for Library Site 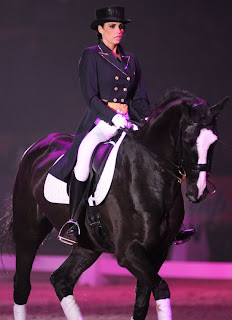 As the County have spent half a million to then pull out of the new library and youth centre in West Bridgford. The true reason for withdrawal from the project have started to emerge in County Hell.

The site for the proposed library is called the old stable block. Word circulating is that Ms Cutts is rumored to think the site would be better used by returning it to its former use. It is said this will further encourage the sustainable transport policy they are now promoting (see below).

As a keen equestrian (as the recent Photo of Ms Cutts shows) it has been suggested by sources that Ms Cutts thinks that re-introduction of Horses and provision of parking for such animals close to peoples places of work would work well. Officers are rumored to be investigating the costs of such a scheme.

It has been said by sources that Ms Cutts is considering giving up her dedicated parking space and coming by horse to county hall, and parking the nag at the refurbished stable block.
Posted by The Reverend Rushcliffe at 04:36